Which herbs can help balance hormones? 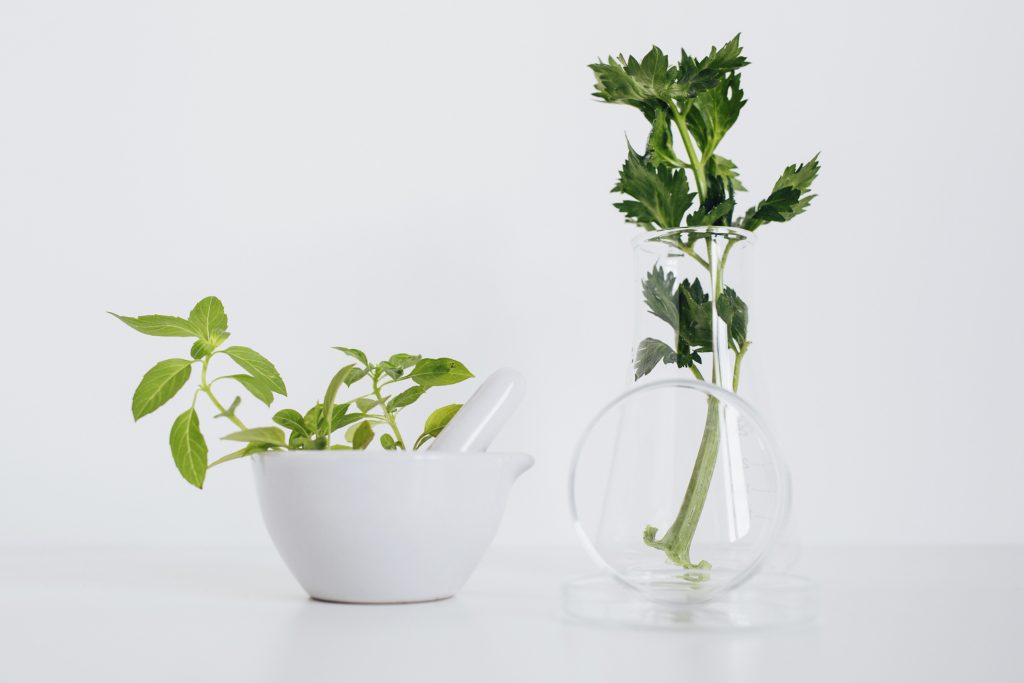 Which herbs can help balance hormones? We often use herbs to treat hormone issues. When utilized correctly, they can be a useful way to boost hormone health and overall well-being. It should be noted though that herbs can vary greatly in quality.

Testosterone boosters: -Cistanche: Herba Cistanche has been used for thousands of years for sexual health and neuroprotection. A recent study has demonstrated that an ethanol extract of C. tubulosa (Cistanche) could increase the sex hormone levels by inducing testicular steroidogenic enzymes (Wang et al., 2015). -Cordyceps: Cordyceps may exert testosterone-like effects. One study found that cordyceps militaris increased the secretion of testosterone and DHT by primary testicular cells, while no changes in the mRNA expression of steroidogenic enzymes were found (Men-Elite). “In cells not intentionally stimulated with HcG, Corcyceps extract reliably increases testosterone secretions from cells with an ideal concentration of 3mg/mL, shown in two separate studies on dose-response. [16][23]“-Examine

Anti-cortisol agent: -Rhodiola is an extremely potent anti-cortisol agent, which is becoming increasingly popular in the United States as a medical intervention. Arctic root (Rhodiola Rosea) is used in traditional Chinese medicine to increase vigor and stamina. One clinical trial showed that Arctic root significantly lowered the cortisol response brought on by chronic stress.

Anti-estrogen: -“Preliminary evidence suggests that Rhodiola Rosea is anti-estrogenic. A standardized extract of Rhodiola (3% rosavin and 1% salidroside) is able to competitively inhibit estrogen binding to the receptor in a concentration-dependent manner[135] and when given to ovariectomized rats fails to show estrogenic effects (and instead caused a nonsignificant anti-estrogenic trend in some rats due to increasing the metabolism of estradiol).[135]“-Examine -Chamomile extract has also been shown to have an anti-estrogenic effect. In one study, “chamomile extract was shown to stimulate osteoblastic cell differentiation and to exhibit an anti-estrogenic effect, suggesting an estrogen receptor-related mechanism (67)” (Mol Med Report). -“Vitamin K2 can actually lower estradiol. This study found that vitamin K2 binds to 17beta-HSD4, a key enzyme that regulates important redox reactions at the C17 position of steroid hormones, converting estradiol (E2) to estrone (E1). We found in the present study that vitamin K2 decreased E2:E1 ratio and inhibited the amount of ERa-DNA binding in a dose-dependent manner, although the precise relationship between the binding and functional modulation of vitamin K2 by 17h-HSD4 remains to be elucidated. These results may provide new knowledge of the linkage between vitamin K and estrogen function (Reference).” –Men-Elite

Increase progesterone: -Vitex (Vitex agnus-castus): Chasteberry, also known as Vitex has been shown to increase progesterone. For centuries, Chasteberry has been used to treat many hormone-related gynecologic conditions. Records of its use go back to the 1st century when it was used to stimulate menstrual cycles in women. “Vitex essentially works by lowering the concentration of the enzyme, prolactin. When prolactin concentration in the body is too high, it can lead to irregular periods and even disrupt progesterone production. Prolonged use of Vitex has been shown to improve progesterone levels and promote regular menstrual cycles. Women under the age of 18 are recommended to steer clear of using Vitex, as it can disrupt the pituitary-ovarian connection. Vitex starts to produce effects after just one to two months of continuous use.

Chasteberry is very easily available in any corner drugstore, in the forms of pills, powder, tea, or even topical cream. It is recommended that you buy the tea because it is the raw form of the herb. However, this way, you cannot measure the amount of herb you’re consuming. Ideally, you should take the herb in the morning because that’s when it can affect hormones the most. Avoid using Vitex if you are pregnant or if you are already on hormone replacement treatment as that can cause further complications.”-DHEA Clinic

For women with low estrogen: -Pueraria mirifica contains phytoestrogens, compounds that have estrogen-like effects. Pueraria mirifica is sometimes used as a natural remedy for menopausal symptoms such as hot flashes and vaginal dryness. “In line with the previous results in rats and mice, in our short-term study we observed estrogenic effects of PM applied to ovariectomized rats at doses of 200 and 2000 mg/kg b.w./day for 2 weeks” (Toxins Basel). It’s key to utilize these solutions with high-quality products and a healthcare partner that understands your needs!