What Types of Hormones Should You Take For Menopause? 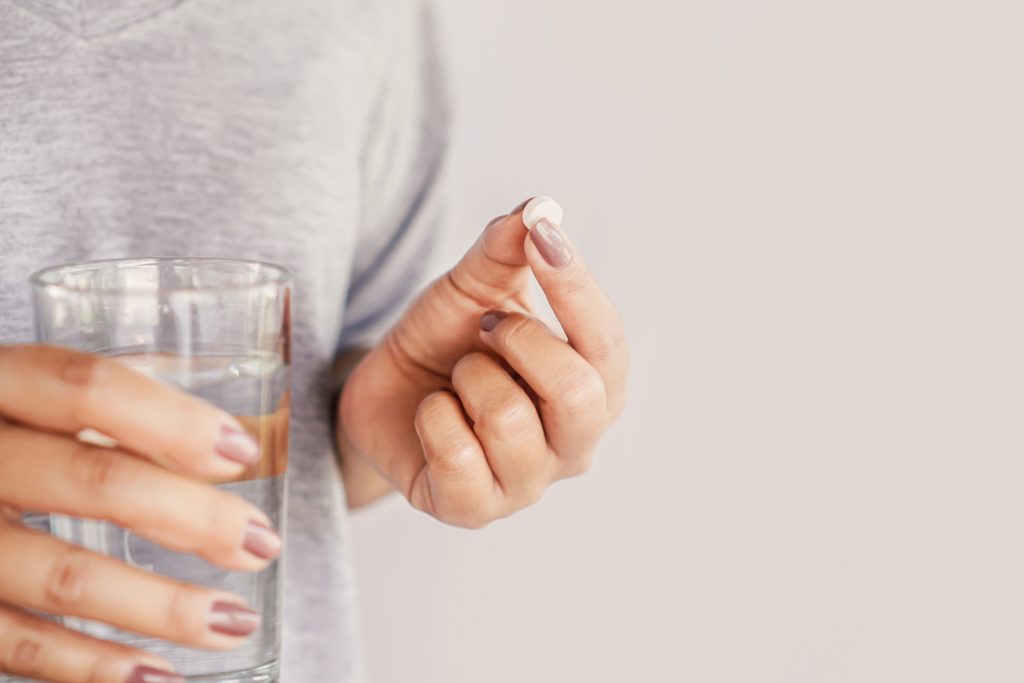 20% of the American workforce goes through menopause each year. Numerous women deal with the effects of menopause, and many of them take hormones to help with the symptoms, including vaginal discomfort and hot flashes. Before choosing to undergo hormone replacement therapy, it’s important to understand the difference between synthetic and bioidentical hormones.
What Are the Different Kinds of Hormones?
There are two kinds of hormones used in hormone replacement therapy (HRT) – synthetic hormones and bioidentical hormones (BHRT).
Synthetic hormones arrived when estrogen was deemed the female hormone. In the 1960s, a gynecologist named Robert Wilson published a book called Feminine Forever. He told women that menopause was a disease, and that horse estrogen was the solution for their symptoms.One year later, Ann Walsh followed up with her book Now! The Pills to Keep Women Young! Unfortunately, both of these scientifically unsound books were huge successes. The pharmaceutical companies benefited the most and successfully sold their synthetic hormone solutions. In reality, there was no scientific evidence that women were deficient in estrogen, or that estrogen supplementation had any benefits. Synthetic hormones are used in traditional HRT. Although different combinations are prescribed, the most common synthetic combination for women is estrogen and progesterone. The progesterone is made from a synthetic form of progesterone – medroxyprogesterone acetate. The estrogen in synthetic hormones is made from conjugated equine estrogens, which are taken from the urine of pregnant mares. Providers at Moment never recommend the use of synthetic hormones, as they have been shown to be unsafe.
Dr. John Lee MD writes, “By the mid-1990s, there was ample scientific evidence that HRT was not living up to its promise and even that it was probably doing more harm than good, but many rigorous studies showing this were ignored in favor of continuing hype from the drug companies about all the diseases that HRT could prevent…In the summer of 2002, two major studies published in the Journal of American Medical Association (JAMA) finally changed the fixed mindset of conventional medicine toward HRT. The first blow to HRT came from the huge Women’s Health Initiative (WHI) study, one part of which looked at the effects of the most common form of HRT, PremPro. This arm of the study was ended after five years (three years early) because of a clearly greater risk of breast cancer, heart disease, and strokes among women using PremPro [Premarin (equine estrogens) plus Prover (a synthetic progestin.)]”(1)
By 1975 women on estrogen replacement therapy (ERT) were getting high levels of uterine cancer among many other problems. To attempt to overcome the cancer connection, progestin was added to the formula. Since natural progesterone cannot be patented, they used synthetic progestin. The side effects were just as severe as before, only different in nature. Many doctors still confuse “progesterone” and “progestin,” but they are very different.
In contrast, the term “bio-identical” describes the biologically identical molecular formula born by bio-identical hormones. It is a term that makes the distinction between bio-identical hormones and synthetic hormones.
Bio-identical hormones Bioidentical HRT(BHRT) is is not human in origin but is identical in organic structure and function to human hormones. Bioidentical hormones areusually derived from a type of plant oil called diosgenin, which is very similar in chemical structure to our endogenous precursor steroid hormone, cholesterol. These estrogens are chemically identical to the ones that the human body produces. Bioidentical hormones are usually custom-made by a pharmacy according to a doctor’s orders. Compounded bioidentical hormones and are altered or combined in a way that tailors them to an individual’s specific needs, usually based on blood testing.
Bioidentical Hormones vs. Synthetic Hormones
Unlike synthetic hormones, bioidentical hormones are molecularly identical to the hormones your body naturally makes. Since they’re identical to your own hormones, they fit the hormone receptors in your body the way a key fits in a lock. With proper use, they work as nature intended.
Bioidentical hormones are safer and more effective than synthetic hormones. Many research studies have uncovered the same result: evidence that bioidentical hormones cause fewer negative outcomes and side effects than synthetic alternatives.
For example, in one study, bioidentical hormones used in HRT were shown to improve mood and symptoms, including night sweats, hot flashes, mood swings, anxiety, and irritability. Other studies comparing synthetic and bioidentical hormones have shown that in clinical outcomes, hormone therapy using bioidentical hormones carries less risk of negative effects in relation to cardiovascular, bone, and brain health.
Are Bioidentical Hormones Right for You?
Bioidentical hormones are right for you if you’re looking for a safe, effective, and natural way to treat the symptoms of menopause.
It’s important to note that synthetic or bioidentical hormones must be administered under the supervision and care of a medical practitioner. Book an appointment with a Moment provider now!