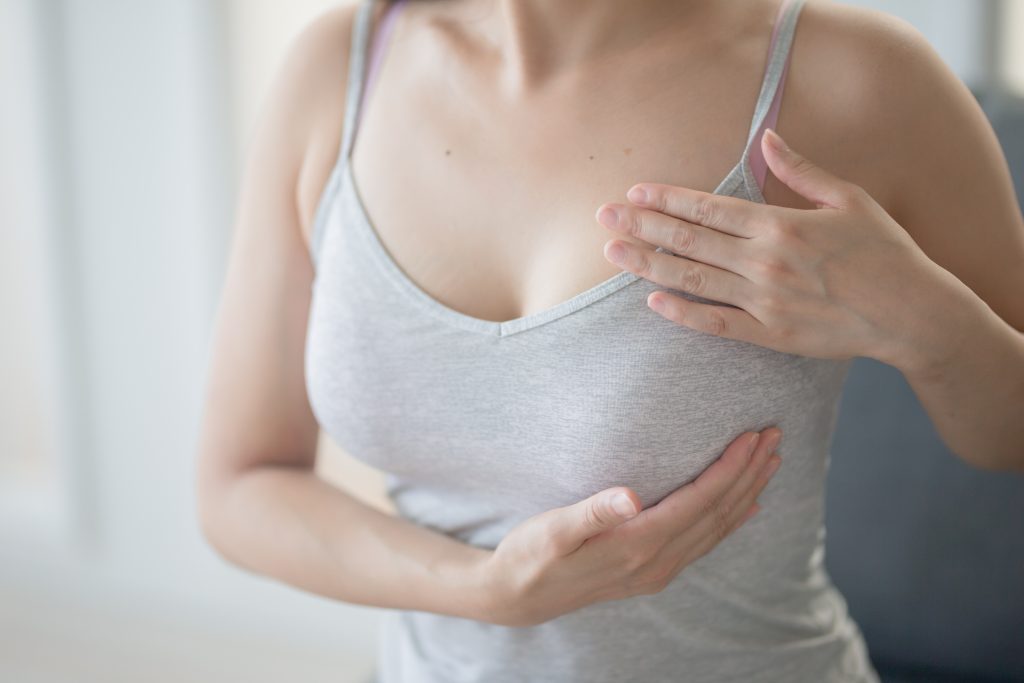 The key to breast cancer prevention is being aware of the various factors that cause the disease and avoiding them as much as possible, while at the same time being aware of what discourages cancerous growth in breast tissue. Only 5% of the National Cancer Institute’s budget is allocated towards research on prevention. Health experts rarely discuss avoidable and known cancer-causing agents like excess estrogen, radiation, and chemical pollutants. There should be as much focus on preventing cancer as there is treating it. So what causes breast cancer?
From our clinical experience, it’s rarely just one cause. From one cancer cell to a tumor takes about ten years. Imagine a young woman named Sarah. Sarah had mild scoliosis when she was younger so she received more x-rays than normal. She also grew up eating ultra-processed foods. Then one day while walking to her car, she fell and landed on her breast. Several years later during perimenopause, her doctor gave her hormonal therapy in the form of estrogen pills. During all that time, she was also working a very stressful job. I often hear some form of this story with new breast cancer patients.
• Estrogen dominance is likely the most important factor when it comes to breast cancer. This is because estrogen can feed cancer and cause it to grow. At the clinic, we can check your level of estrogens. Knowledge is power.
• Ionizing radiation – Radiation exposure is cumulative. Each dose increases the risk of breast cancer. Radiation has “estrogenic” effects. ⠀ • Excess iron – Excess iron in the body works as a powerful oxidant, increasing free radicals thereby raising a woman’s risk. Ferritin (a measure of iron storage) stimulates breast cancer cells through an iron-independent mechanism and is localized within tumor-associated macrophages.
• Chronic Stress – Stress hormones can inhibit a process called anoikis, which kills diseased cells and prevents them from spreading.
• Insufficient Iodine – Iodine is required in breasts, ovaries, and the prostate. It balances estrogen and has a strong anti-breast cancer effect.
• Low vitamin D – Studies show breast cancer rates tend to be lowest in regions of high solar radiation and highest in areas with low solar radiation. This effect is probably due to vitamin D status in childhood and early adolescence.
It’s important to consider the environment of the patient.
“No human being itself should be considered impaired innately, instead there are environmental shortcomings that cause the impairment. Thus, it is incumbent on the clinician to recommend treatment of the environment their patient is in.” – Jack Kruse
We believe in many cases we can prevent breast cancer successfully, but there isn’t a magic pill. It’s a multifaceted approach to our well-being. Out mind, body, and spirit must be working together to let you thrive.